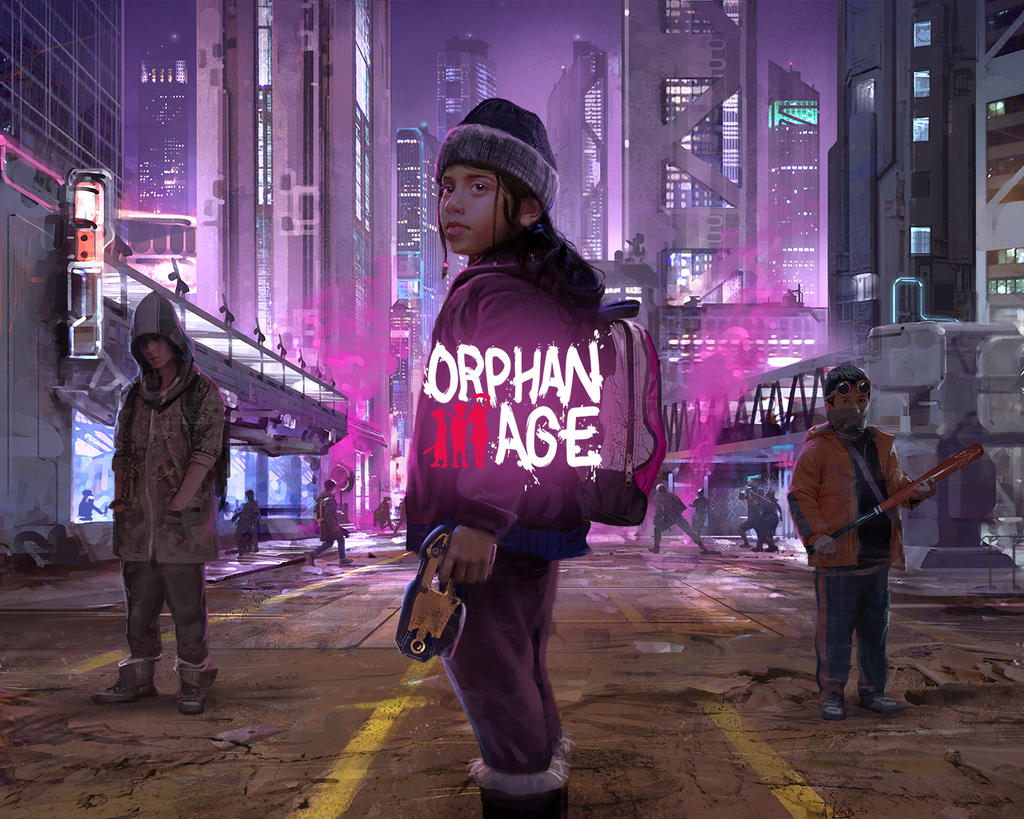 Orphan Age is a dystopian life-sim game where you play as the children left behind in a cyberpunk warzone. Orphan Age will come for PC, Mac & Linux on Steam this winter in early access. You can also get instant access to the private alpha on Steam right now. By pre-ordering on Backerkit, you will also get an exclusive in-game content pack.

Latest Updates from Our Project:

Thank you so much for your support and your wholesome welcoming of Orphan Age in this world.

Ten days ago we were afraid we would never make it. Friends were asking "what will you do if the campaign fails", anxious backers started rightfully to make us aware that the campaign was going in the wrong direction and on top of that, we were targeted by a bot which withdrew 60 pledges at once!

But support came from everywhere. The backers themselves, news sites, Youtubers, Imgur, Reddit, Twitter, other Kickstarter campaigns (...) shared the love and what a finish! Almost one and a half stretch goals were unlocked! I guess no one can beat !

Thank you for this wild ride that we will forever treasure.

We now have 1118 players not to disappoint, and it puts great pressure on our shoulders to make the game you all deserve. We aim to release publicly Orphan Age this winter and we have the half of a year to extend the prototype to four to five hours of replayable gameplay.

That will be our biggest challenge and we are glad we can count on you to share all your feedback and suggestions. During the campaign, we were able to publish three updates and to bring Orphan Age to Linux and MacOS as well thanks to your input.

Kickstarter will collect the pledges for the next two to three weeks. And when this is done, we'll send the Steam keys with the uncapped Alpha as soon as we're allowed to.

Meanwhile, Adrien will take some time off. He has worked for the last three years almost without a break and he needs to fill up the batteries! Maxime and Kris will be there to answer your questions and Maxime will not only continue to debug and polish Orphan Age, but he will present Orphan Age for the FLIP trophies where we are nominees for an award!

We are already working on the steam page (which is under review) and on the backer survey to make sure the Alpha keys are distributed as soon as possible.

Because so many people reached us asking if they would be able to participate in July or August, we will create a post campaign page allowing late backers to join the party and continue unlocking Stretch Goals.

Be sure that we will duly celebrate this moment, and we hope you'll be celebrating as well!

Time flies so fast when we’re having such a good time that we had to cancel today’s stream because there’s so much work on our hands. But be sure we’ll be live for the final minutes of the campaign and we’ll celebrate with you the end of the campaign!

Meanwhile, we’re so close to unlock the first stretch goal, this suspense is killing us! We don’t know which stretch goal should we pursue after this one so we have open a poll on Discord! Check it out!

We also have plenty of great news for you...

We have an updated demo with a lot of bug fixes and with contrast control options. You can download it right on the main Kickstarter page.

Linux and Mac demo up for testing

We also have a Linux and a MacOS demo! Yay! It’s still rough around the edges and will need some tuning, you’ll need a Directx11 GPU to make Orphan Age work but that’s a big big step!!

Here is the Linux Demo
And here’s the MacOS one

Also, 4 achievements have been unlocked. We will send with the complete edition and above the short novel that Adrien wrote before our friends from Nova-Box started working on Orphan Age: Diaries!

The three others will be up to your choice, and guess what, there’s a poll on Discord and you can vote for your three favorite rewards to be added to the content pack!

Our long-time friends from the studio Alt-Shift have launched two minutes ago their Kickstarter campaign for Crying Suns which could be defined as when FTL meets Foundation. The sci-fi nerd in me is already in love plus the developers are so nice!

See you tomorrow live on Kickstarter for the end of the campaign!!
Maxime & Adrien